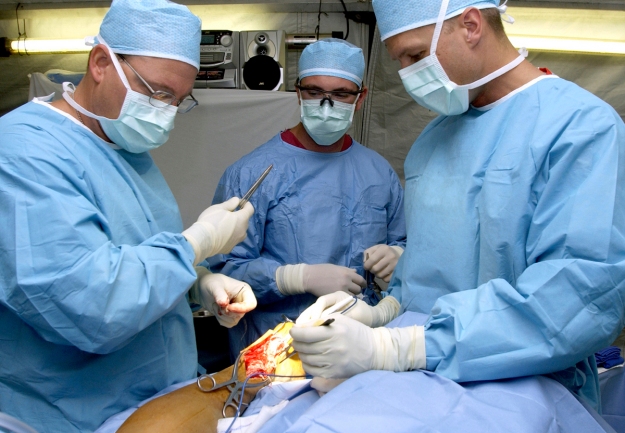 The most important thing happening in Grey’s Anatomy Season 15 Episode 11 is Dr. Catherine Avery’s (Debbie Allen) surgery. Grey Sloan Memorial’s top doctors like Dr. Thomas Koracick (Gregory Andrew Germann) need to work on Catherine in a surgery that might kill her or leave her paralyzed from the neck down.

Update: Catherine survived the surgery but all of the tumor was not removed. She has to live with cancer for the rest of her life.

As for the the heart wrenching love triangles, in the last episode, Dr. Owen Hunt (Kevin McKidd) decided that he wanted Dr. Amelia Shepherd (Caterina Scorsone) after a freak accident nearly took his life. Amelia is his runner ex-wife — she ran away from him at the alter, then came back, she ran from their relationship, then came back — who advised him to go to his best friend/person Dr. Teddy Altman (Kim Raver).

Owen went all the way to Germany to profess his love for Teddy and she accused him of being a serial dater. She found that to be true when she knocked on his door three months after the Germany trip, and found him and Amelia raising a foster family together. In their latest on-again off-again drama-filled relationship, Amelia fosters a drug addict teen while Owen fosters that teen’s fatherless son, and they team up.

Teddy is pregnant with Owen’s real child now, and they just work better together. We saw it in the elevator and we saw it when Owen’s sister came back from the dead. Teddy is the only woman who is actually having Owen’s child. His ex-wife Dr. Christina Yang (Sandra Oh) refused to even try, and Amelia refused to try after failing just once (although she has reasons from her dark past).

Now Amelia is drug-free and tumor-free but she is still the frantic drama-filled person that left Owen multiple times.  I’m team Teddy because I want Owen to be happy with a woman who can calm him down when he gets just as frantic as Amelia.

I’m also Team Teddy because for Amelia, I’m team Koracick. Those two work better together. Not only do they have mind-blowing sex, he gets her and he knows that she is not totally in love with Owen. Amelia is a better parent for her foster child and she can keep both the mother and the son. Owen gets a shot at a blood family, not a plan B foster family because his past relationships did not work out. He loves Teddy too.

Do you guys ship Meredith and DeLuca? Every opinion is welcome 🙂 #GreysAnatomy #Greys #Ship #Merder #MeredithGrey

Dr. Meredith Grey (Ellen Pompeo) is in yet another love triangle. This time, I am not confused at all, her clear choice is the new “Ortho god” Dr. Atticus “Link” Lincoln (Chris Carmack), who is up against Dr. Andrew DeLuca (Giacomo Gianniotti).

DeLuca and Meredith do not fit. She better not pick him despite the alarmingly large amounts of team DeLuca fans. It’s not just because he is her sister’s ex, but when DeLuca dated Dr. Maggie Pierce (Kelly McCreary), he left her when there was a power struggle after their relationship went public. Why would he now date Maggie’s sister who is also in a higher position than him and is a Harper-Avery Award winning doctor? Boy bye.

Link is a much better person for Meredith’s life right now. While DeLuca is texting her about going out for drinks following his recent accomplishment, Link is helping her clean up her kid’s birthday party. Meredith went through that whole phase that DeLuca is in right now. Link is on her level, they wear the same color scrubs and she can learn a thing or two from him. She can learn nothing from DeLuca, not even Italian.